Hello everybody!
I cannot let pass this moment without sharing it with you. 2019 marks 15 years since I started playing FIFA Manager series, which at that moment was named Total Club Manager. It was Total Club Manager 2004 and, to my knowledge, the first game from the series available in Romania. A friend from university introduced me to the game and I was amazed. I couldn't believe that someone has created a game where you could be the manager, where you could control the club's life and still enjoy the magic of FIFA gameplay. I first played with Steaua Bucharest for hours and hours on my friend's computer (an AMD I believe) because I didn't own one, and even managed to win some trophies. Then I played with National Bucharest, an important club in those years, now just a semi-pro team in lower leagues.
The one issue I had with TCM 2004 was the constant crash at the end of the competitive year (June 30).
The next year I bought a computer just to be able to play the game. In fact the FIFA Manager series determined to buy my first computer and to get my first job (I was depressed because of the game and I tried to escape from it). Since then, I had some jobs, I got married and I played the game (TCM 2005, FIFA 06, 07, 08, some 09, a little more 10, almost none 11, some 12, more 13 and none 14). Until I discovered this community and FIFA Manager 18.
In the end, because Youtube suggested me today Powerplant - "Yellow Card" and because 15 years ago I played for the first time TCM 2004, I share some screenshots from the game.
I have installed TCM 2004 on a Windows XP virtual machine and I return to it from time to time. It makes me feel young again. 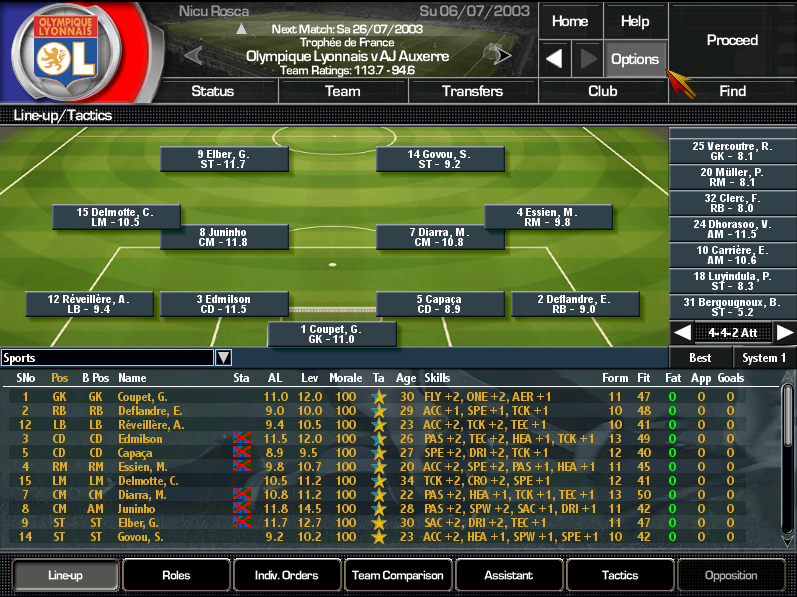 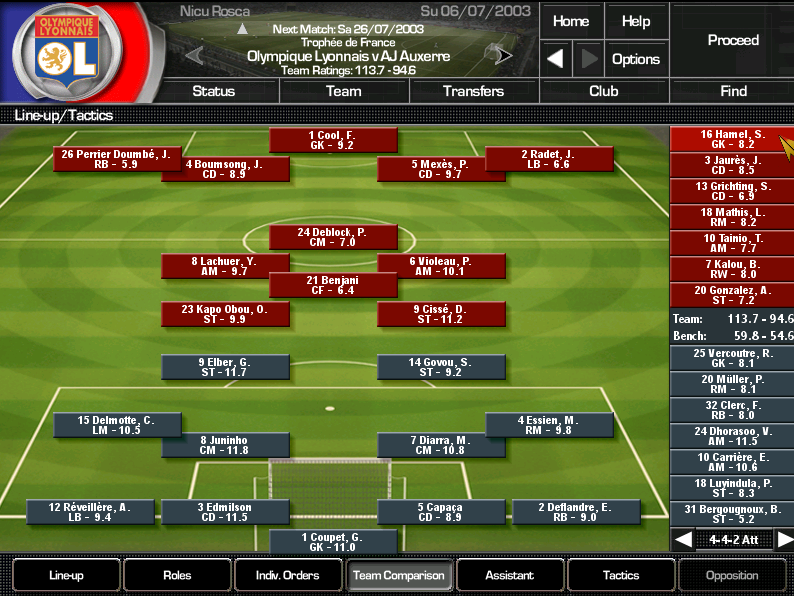 If you wan't, you can make a storie here 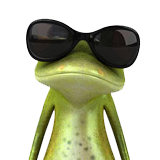 I didn't know that version, it feels weird. I don't feel any younger. 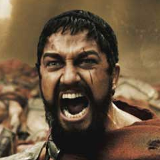 Well, I liked TCM 2004. It was something new and quite funny. In the Club Facilities area you could see the actual buildings, navigate above them pretty realistically and even hear the street noise and birds' singing. Very, very nice. Also, on one side of this area you could see the club stadium from outside. If you had made changes to the stadium, they would be shown in this 3D rendering. I remember I was building a new stadium for Steaua Bucharest and I would verify in the facilities area if I like it from outside.
I think that changed dramatically with TCM 2005, which from my point of view was a nightmare, with an ugly interface and weird player ratings. I mean, some players from Norway had ratings like top players from English Premier League.
FIFAM 06 repaired some of the mess, but at the same time the series became too serious. Probably trying to take some Football Manager market.
Anyway, I feel that the best editions of the FIFA Manager series were (my own order) 08 (the best by far), 07, 2004 and 06. After 09 I did not like the 3D matches, with that pitch that looked so unreal, something giving the impression that the footballers were floating. Above all, they were pretty buggy. I was very disappointed with FIFAM 09 because the interface seemed strange and it had some painful bugs. For example, the results of the matches were inconsistent (on one screen my team would be counted with a victory, although in another screen it was counted with a different result - maybe you remember those).
So I returned to FIFAM 08 and I constantly played it from 2008 until 2018, when I discovered this forum. So, 10 years and FIFA Manager 08 and, before, almost 3 years of TCM 2004. Between, FIFA Manager 06 and 07.
If there would be anywhere on the Internet some present-day database for FIFA Manager 08, I would play it again :). Until then, I rely on Manager 18, which I like from many points of view, but it has two big issues: the 3D match (that weird pitch again) and the number of selected leagues. Other than that, when I have more free time, I select all kind of clubs from lower leagues and study their players, their facilities and stadiums. I appreciate the huge amount of work in creating these things, with all players and real-life stadiums, especially in France. I noticed that when I played with Red Star Paris, Racing Club de France, SC Bastia, AS Cannes, FC Istres, St Etienne and some more.
I will conclude with one thought: if anyone would create a game with the Manager 18 database and menus, Manager 08 3D match gameplay, and capable of using more than 2GB of RAM (just to select more leagues at the game start), I would definitely buy it. And my brother too, he's almost like me. And maybe I would also convince a few more friends.
Screenshots from TCM 2004 (club facilities) 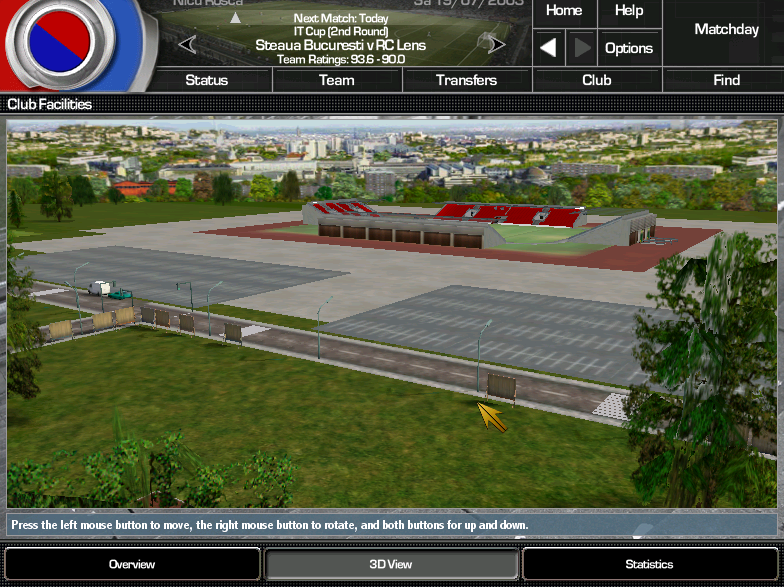 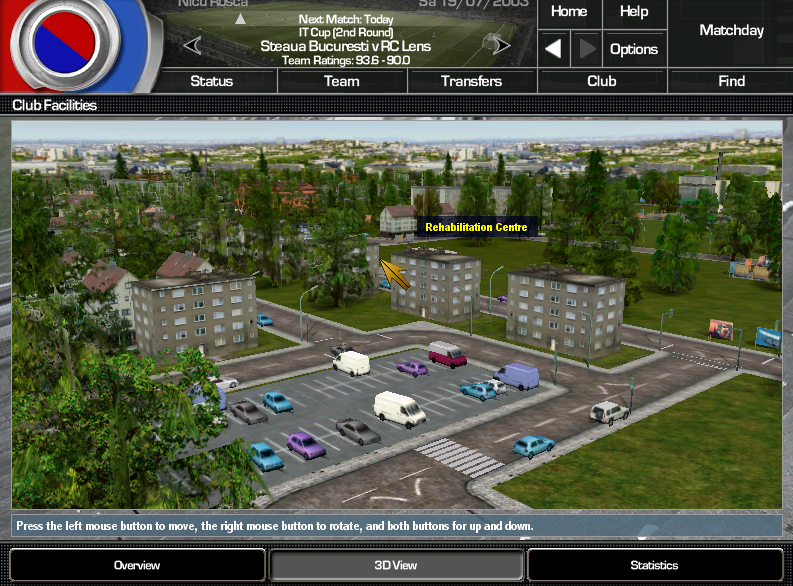 TCM 2004 is still my favourite manager game, I tried to play it again lately, but can't seem to find a way to run it, how did you install it in the virtual machine? Did you have a copy of it on original disk?

Thanks for sharing!
Haut

You need to install TCM 2004 in Windows XP, it's the OS it was optimized for. If you don't have the original game, you probably have to do some fine tunning to the files (for example, the executable). The Readme file, if there is one, should help you.
Haut
Répondre
9 messages • Page 1 sur 1